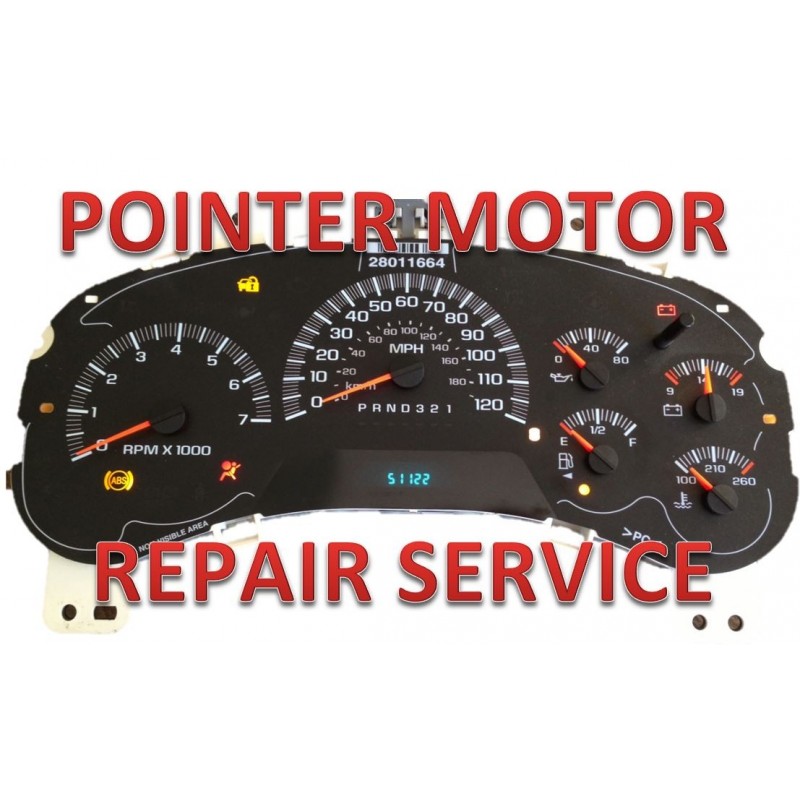 You should go with that repair service if your gauges are sticking, shuttering and not working correctly or the backlight is not working.

We do provide 2 levels of service for those clusters - Basic and Full Rebuild. If you would like us only to replace the stepper motors and backlight bulbs please choose Basic service. If your cluster is experiencing other problems, like intermittent power issue, PRND display dim/dark, language scrolling problem - please choose Full Rebuld

We are using OEM Seitec/Juken stepper motors for the repair.

BTW, there is an option to upgrade the backlight to LEDs for $20 extra. Usually we have in stock white and purple/blue LEDs. There are 2 main benefits for the LED upgrade

2) The working temperature of the LED is much lower than regular bulbs temperature, therefore it save the components around them from overheating.

One more thing - It looks cool, but it is just the matter of the taste, so we do not count it as a benefit.

Contact us @ 1-800-PIXL-FIX if you want us to upgrade the backlight.

But let's get back to stepper (pointer) motor repair service. We do provide limited lifetime warranty for the pointer motors. It is valid as long as you own the car.

..and others with similar clusters

Common questions from our customers - what is the turnaround time for the service?

GMCLSMSER
998 Items
chat Comments (0)
No customer reviews for the moment.

Are you sure that you want to report this comment?

Your report has been submitted and will be considered by a moderator.

error Your report cannot be sent

Your comment has been submitted and will be available once approved by a moderator.

error Your review cannot be sent